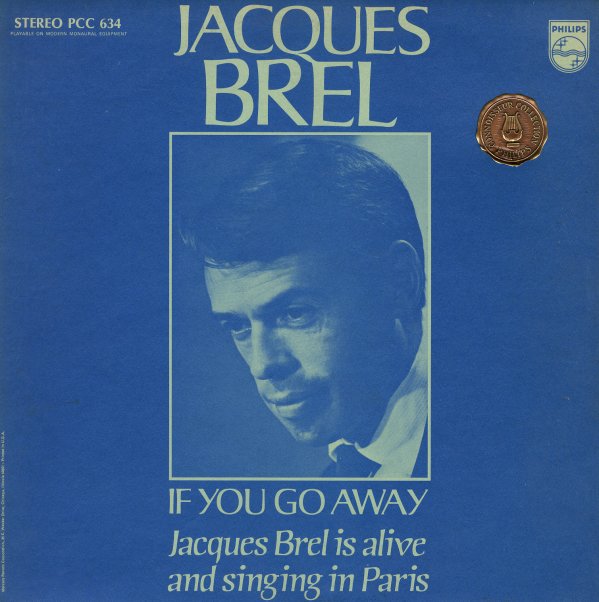 If You Go Away

Beautiful US album that features some of Brel's most famous tracks, served up in a lovingly-packaged edition that includes a gatefold cover, and a handsome inner booklet with notes and translations of the songs. The whole thing's a great way to get into Brel's work – and was the record that provided the best introduction of his great talent to the American audiences of the 60s. Titles include "Le Moribond", "Ne Me Quitte Pas", "Marieke", "La Tendresse", and "La Valse A Mille Temps".  © 1996-2021, Dusty Groove, Inc.

Popcorn
Verve, 1969. Near Mint-
LP...$24.99
An excellent collaboration between two of Verve's best Brazilian artists of the late 60s – the groovy organist Walter Wanderley, and the breezy breathy vocalist Luiz Henrique! The set is a perfect example of the way that Verve took bossa playing and gave it a groovy production twist – ... LP, Vinyl record album