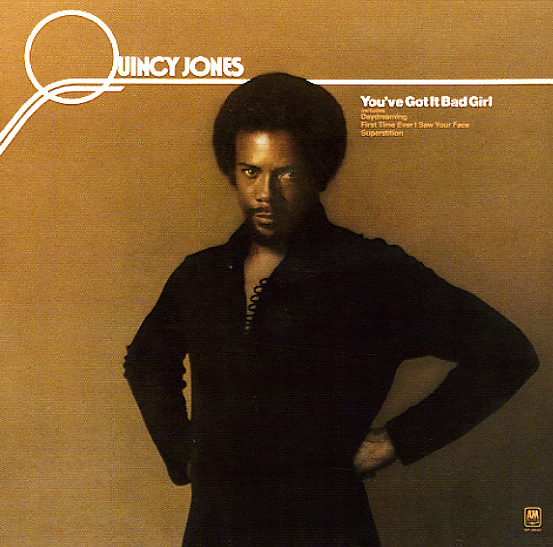 Sweet funky Q for the 70s – easily one of the coolest albums ever from Quincy Jones! The album's got a very heavy electric vibe – one that's kind of a laidback take on the styles that Jones was forging in some of his 70s soundtrack work – served up with massive work on the keyboards from Dave Grusin and Bob James, the latter of whom brings some of his own CTI vibe strongly into play! The basslines are great too – often dipping, stepping, and turning wonderfully – keeping things laidback and mellow, but always making for some sort of a groove, even on the slower tracks too. There's just a bit of vocals on the record – handled by Valerie Simpson on two tracks, and Quincy on another – but the main focus here is on the instrumentation, which is completely sublime. Titles include Quincy's great remake of "Summer In The City", an oft-sought sample track – plus versions of "Superstition", "Daydreaming", and "You've Got It Bad Girl" – and the great originals "Chump Change", "Love Theme From The Getaway", "Eyes Of Love", and "Sanford & Son Theme".  © 1996-2022, Dusty Groove, Inc.
(Original brown label pressing. Cover has some ring and edge wear, a center split in the spine, a lightly bent corner and a name in pen on the front, back and labels.)