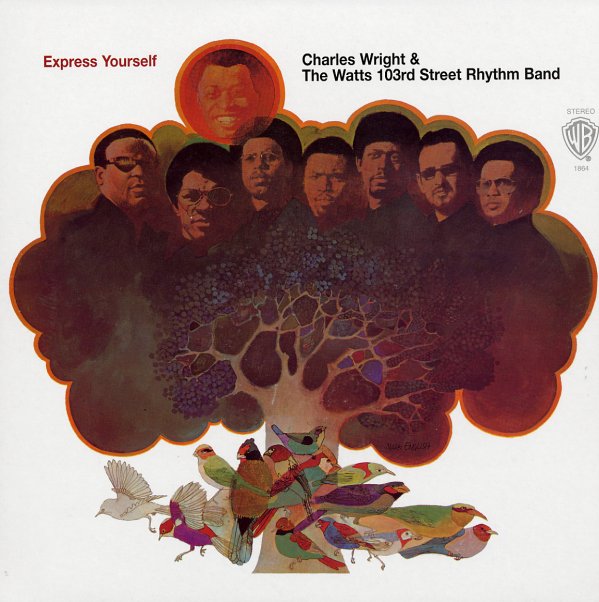 A masterpiece of messed-up LA funk – and one of the crowning moments in the career of Charles Wright & The Watts 103rd Street Rhythm Band! Charles and crew do an excellent job with all the tracks – most of which are more open ended than some of their earlier ones, and run on for longer than usual with some good trippy instrumental moments that really stretch out the groove from their funky 45 days. The album includes the stoner funk classic "High As Apple Pie", done here in two "slices", plus the classic "Express Yourself", a monster number that still sounds great every time we hear it – even though it's been used on commercials and sampled plenty of times over the years! Other tracks include "I'm Aware", "Love Land", and "I Got Love"  © 1996-2021, Dusty Groove, Inc.
(Green label pressing. Cover has a cut corner and light wear.)