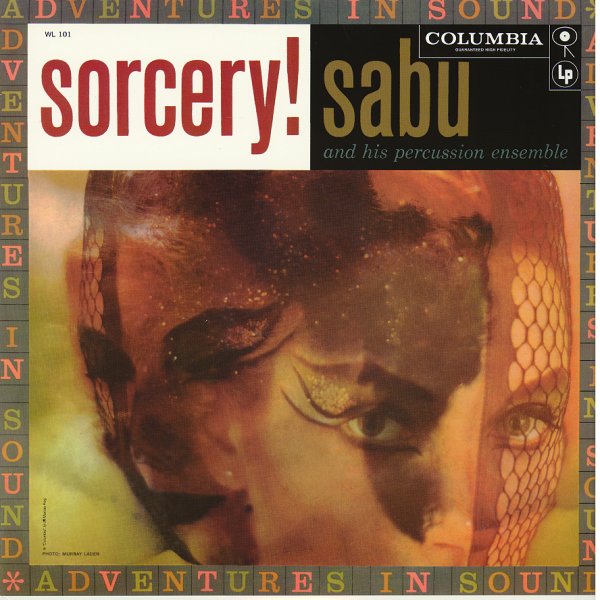 A strange little record – a bit different than usual from percussionist Sabu Martinez, and with a slight exotica feel too! There's a groove that's still mostly Latin – but, like most of Sabu's wonderful music, things go way past the obvious – as percussion takes hold, and Sabu moves things in ways that are all his own! The rest of the players aren't credited – but the set's billed to Sabu's "Percussion Ensemble" – possibly because the liner notes spend too much time referring to the musician as some sort of earthy savage. Tracks are long, with lots of heavy percussion – and titles include "Bonco", "Moon Black", "Sol", and "Milk Weed".  © 1996-2020, Dusty Groove, Inc.
(Recent reissue.)

Pyramid Of The Moon
Columbia, 1973. Near Mint-
LP...$29.99
A really special record from a really special group – one of two sublime 70s gems from Azteca – a wicked blend of jazz, funk, Latin, and soul – all put together by a young Coke Escovedo! Coke's ostensibly the leader of the group, but there's also a richly collaborative feel going ... LP, Vinyl record album

A Bailar La Cumbia
Columbia, Early 60s. Very Good
LP...$14.99
Tight record of earlier Cumbia stuff, recorded by Columbia as part of their great Latin series from the early 60's (when the Catskills market was big enough to make it worthwhile for major labels to put this stuff out). And although the liner notes claim that the Cumbia's great because you can ... LP, Vinyl record album

Cugatango (10 inch LP)
Columbia, Early 50s. Very Good+
LP...$0.99
Xavier Cugat takes on the tango mode, and handles it with his great flair for the dramatic – on titles that include "Charisse", "Orchids In The Moonlight", "Adios Muchachos", and "La Cumparsita". LP, Vinyl record album