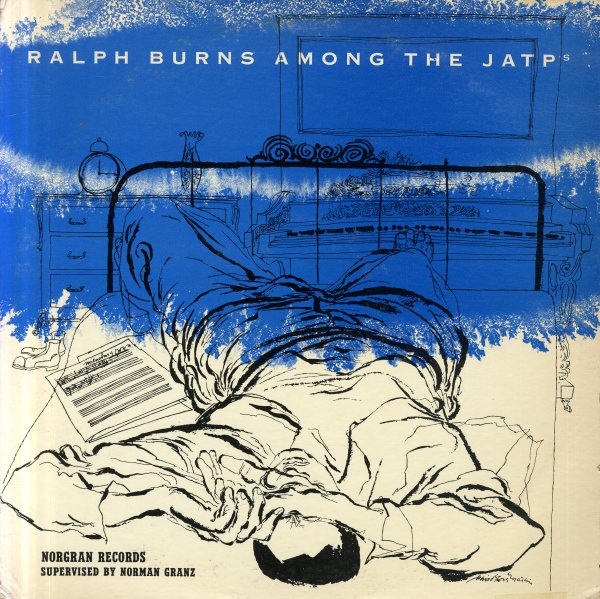 Ralph Burns Among The JATP's

A classic set of Verve tracks, arranged by the great Ralph Burns, very much in the same style as his work on the legendary Jazz Scene set. The set's far from a "soloists with strings" snoozer, and features some stunningly edgey arrangements by Burns, with purposefully off-kilter orchestral parts, which provide a startling counterpoint to solos by players like Flip Phillips, Jimmy Hamilton, Roy Eldridge, Ray Brown, and Bill Harris. Hard to find in any format, and with the tracks "Pimlico", "Perpetual Motion", "Sprang", and "Taxco". Comes in a great David Stone Martin cover, too!  © 1996-2020, Dusty Groove, Inc.
(Original yellow label Norgran pressing with trumpeter logo & deep groove – a beautiful copy!)