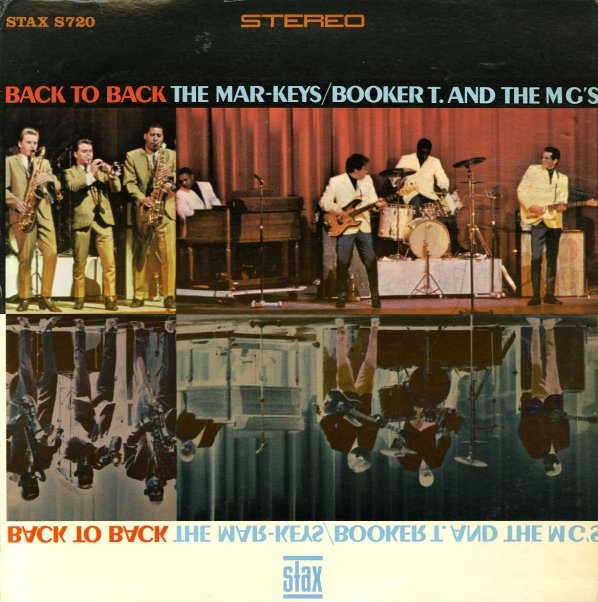 Two great Memphis instrumental groups, back to back on one CD – in a smoking little live set that keeps the Stax Records sound strong – even away from the studio! The set's actually heavier on work by Booker T & The MGs than it is cuts by The Mar-Keys – as Book and crew handle seven out of the record's ten tracks – all with that sublime Hammond-heavy groove that makes them so great – and which takes on an even rawer sound here in the live setting! But The Mar-Keys are pretty sweet too – maybe a bit looser than on their singles – and we mean that in a good way. Booker T & The MGs play "Green Onions", "Hip Hug Her", "Tic Tac Toe", "Booker Lou", "Gimme Some Lovin", "Outrage", and "Red Beans & Rice" – and The Mar-Keys serve up "Last Night", "Grab This Thing", and "Philly Dog".  © 1996-2021, Dusty Groove, Inc.
(White label promo. Cover has a promo sticker and light wear.)