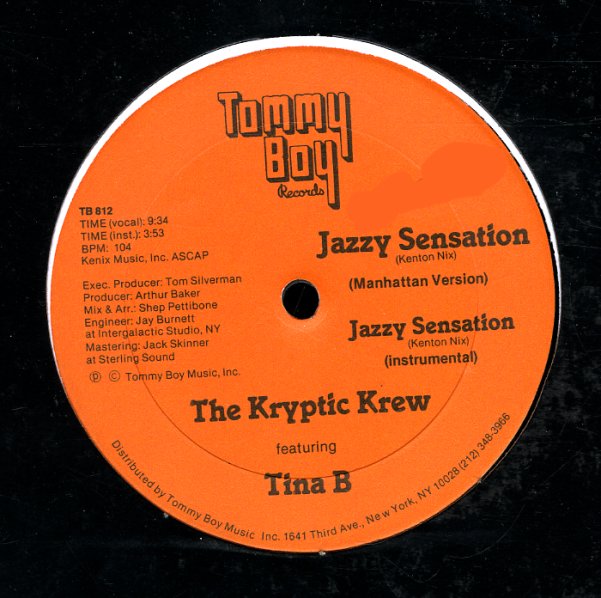 One of the classic early Tommy Boy twelves – with the great Gwen McCrae sample from "Funky Sensation", and an excellent performance by Bam and the Jazzy 5. The 5 handle rap duties on the "Bronx Version" a-side, with the slight smoother female approach to the vocal handled by Tina B on the "Manhattan Version". Classic post disco old school from Afrika!  © 1996-2021, Dusty Groove, Inc.
(Orange label pressing. Label has some marker.)