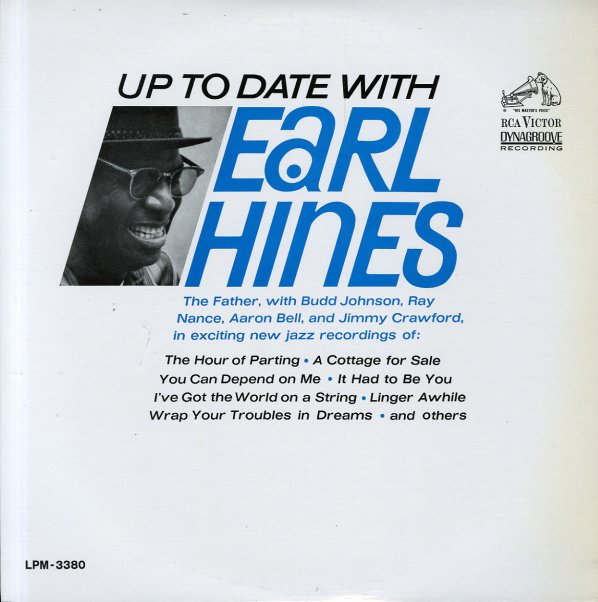 Up To Date With Earl Hines

One of the many nice sides that Hines made during the 60s, when he was being rediscovered by the labels, and touted as a traditionalist who was still working to expand his style. The group's here are nice and small, and Hines trio is augmented by either Budd Johnson or Ray Nance on most tracks. With the tracks "Linger Awhile", "Hour Of Parting", "But Not For Me", and "Father's Freeway".  © 1996-2021, Dusty Groove, Inc.
(Mono black label pressing with deep groove.)