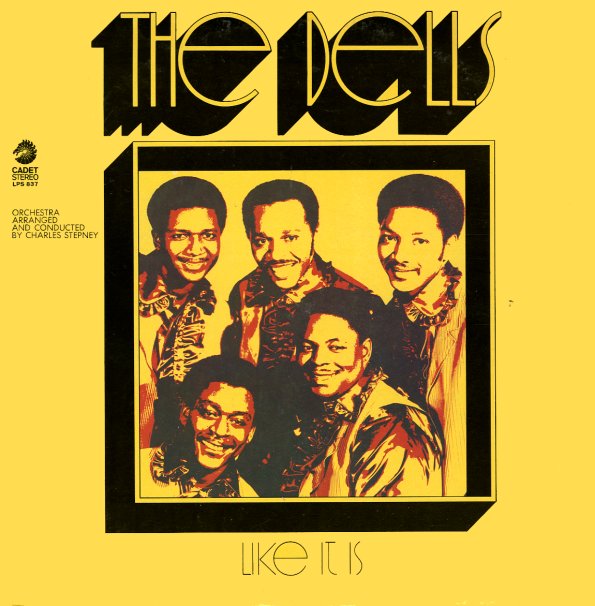 An incredible combination of the two sides of The Dells – a set that has them presenting older tracks and newer material – all with sublime arrangements from the fantastic Charles Stepney, who'd really been transforming their sound from the There Is album onward! Stepney brings in a wonderful blend of funk and strings – similar to the modes he was using with Ramsey Lewis and Rotary Connection – and The Dells respond wonderfully by really setting their vocals free – soaring to the skies with the kind of tremendous harmonies that have always made them one of our favorite soul groups of all time – and also mighty proud that we came up in the same Windy City scene as them! Even the older material sounds very hip in this context – and titles include "Nadine", "Darling Dear", "Come Out Come Out", "Off Shore", "Open Up My Heart", "Oh, What A Day", "Long Lonely Nights", and "I'm Not Afraid Of Tomorrow".  © 1996-2021, Dusty Groove, Inc.
(Original blue fade label pressing! Cover has light wear and some aging.)

Paint It Black
Cadet, 1966. Very Good+
LP...$14.99
One of the better albums by this great Chicago soul studio group – but all of them are pretty nice! The great Richard Evans is still at the head of The Strings, and the album features solo work by Charles Stepney and Lennie Druss, in a cool breezy Chess/Cadet soul jazz kind of mode. The ... LP, Vinyl record album

This Old Heart Of Mine
Tamla, 1966. Very Good+
LP...$5.99
The Isley Brothers on Motown – a really key step forward for the group, who find a whole new level of soul with help from the Holland Dozier Holland team! There's a warmth here missing from previous Isleys material – that rough edge that was more part of their rocking years, softened a ... LP, Vinyl record album

Cerrone IV – The Golden Touch
Cotillion, 1978. Very Good+ Gatefold
LP...$9.99
Cerrone's definitely got the Golden Touch here – grooving long and strong, with that mix of cosmic club and warmer disco that made his 70s music so great! The album's a masterpiece all the way through – driven by great percussion from the maestro, and swirled up into a heavenly mix at ... LP, Vinyl record album