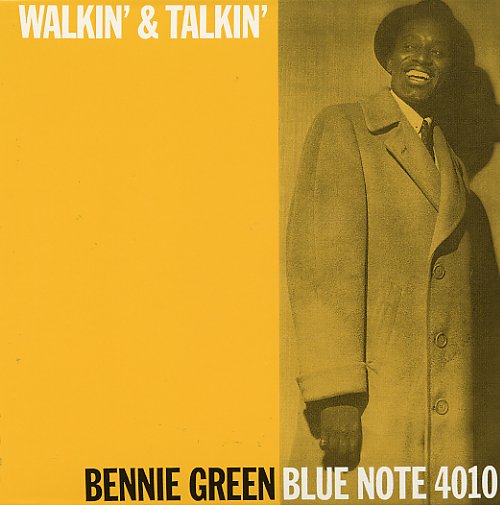 Walkin, Talkin, and Wailin – one of Bennie Green's most soulful sessions, and a monster groover that shows that Blue Note could cook with the best when they wanted to! Bennie's working here with a great little group – featuring core rhythms by the Gildo Mahones trio, plus some great frontline tenor work by the little-known Eddy Williams on tenor! For some reason, albums like these that feature one-off Blue Note players like Williams always seem to have a freer feel and a harder edge than some of the more all-star Blue Note sets – and Williams' work really sets off Green's trombone in a great way – more controlled than some of the looser Prestige sides, but still with a more spontaneous feel than Bennie's records for other labels. Great all the way through – and titles include "The Shouter", "Hoppin' Johns", and "Walkin & Talkin".  © 1996-2023, Dusty Groove, Inc.