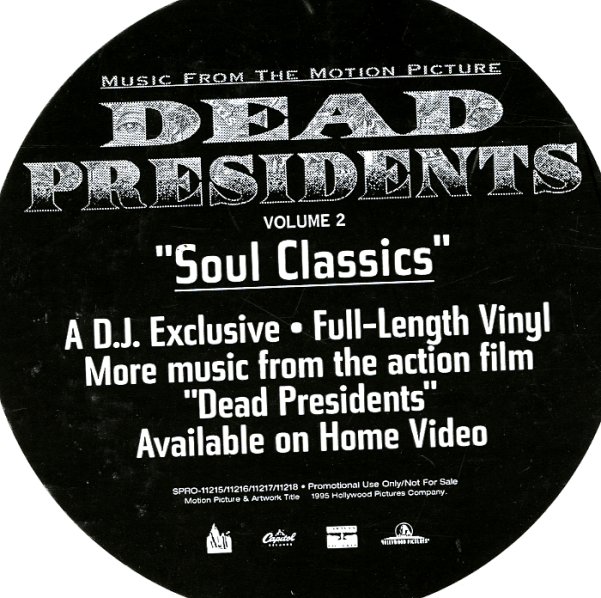 Nice promo-only double vinyl version of the second volume of the soundtrack to the film Dead Presidents. Like the first volume, this is a whopping batch of classic 70s soul tracks – including "Right On For The Darkness" and "We The People Who Are Darker Than Blue (Live)" by Curtis Mayfield, "I Got The Feelin" and "Ain't That A Groove" by James Brown, "Smiling Faces Sometimes" by The Undisputed Truth, "Cowboys To Girls" by The Intruders, "Keep On Pushing" and "(Man Oh Man) I Want To Go Back" by The Impressions, "I Was Made To Love Her" by Stevie Wonder, "When Something Is Wrong With My Baby" by Sam & Dave, "Never Gonna Give You Up" by Jerry Butler and "Just My Imagination (Running Away With Me)" by The Temptations.  © 1996-2022, Dusty Groove, Inc.
(Promo in a stickered sleeve, with aging, surface wear, a split bottom seam.)