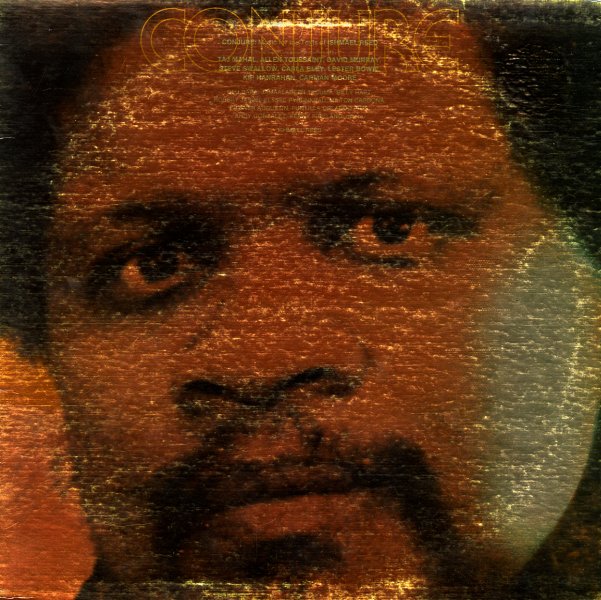 Conjure – Music For The Texts Of Ishmael Reed

A pretty interesting album – one in which a host of jazz and rock players pay set music to texts written by consciousness-raiser/sci-fi author Ishmael Reed. There's a few goofy moments on the set, but if you've read Reed's work, you'll also know that goofiness and oddity are part of the package – elements that are handled nicely here by musicians like David Murray, Allen Toussaint, Arto Lindsay, Milton Cardona, and Kip Hanrahan, who put the whole thing together. Reed himself is also on the record – and titles include "Jes' Grew", "Oakland Blues", "Dualism", and "Dualism (2)".  © 1996-2020, Dusty Groove, Inc.
(Cover has a promo stamp, light wear, with a bit of marker and Audiophile sticker on back. Labels have ink stamps.)