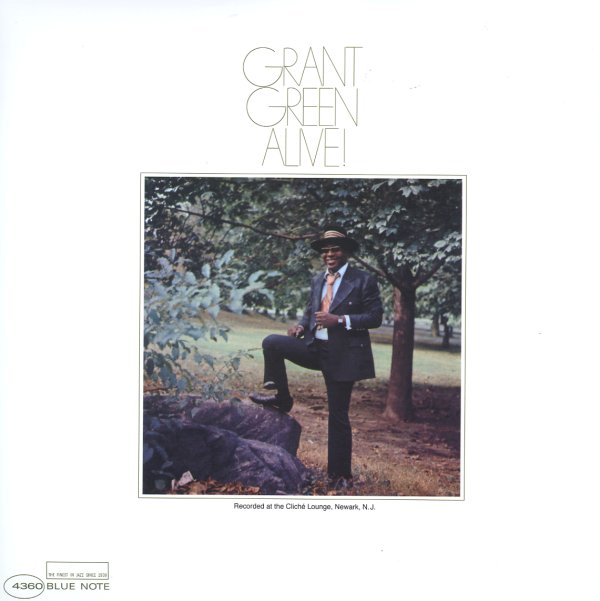 A really fantastic album from guitarist Grant Green – a set that's every bit as great as his other Blue Note funk albums from the time – but in a very different way! First off, the group has vibes – played by the more obscure Willie Bivens, sometimes with this hard chromatic sound that's really wonderful – especially when combined by the organ work on the set by Ronnie Foster and Neal Creque – both very cool players with an unusual conception – which sends the whole thing off in very hip territory! The mighty Idris Muhammad plays drums – ensuring a very tight bottom – and the group also features Claude Bartee on tenor, who has a strong, soulful vibe. The set includes a fantastic live version of "Down Here On the Ground" – famously sampled by Tribe Called Quest – and other highlights include heavy funk takes on "Let The Music Take Your Mind" and "Sookie Sookie", and the Creque original "Time To Remember".  © 1996-2021, Dusty Groove, Inc.
(Liberty/UA pressing. Vinyl has a mark that clicks through most of "Time To Remember". Cover has a bit of wear, and some pen on the back.)

Here To Stay (2LP set) (Here To Stay/Hub Cap)
Blue Note, 1961/1962. Very Good 2LP Gatefold
LP...$19.99
A great Blue Note 2-fer from the 70s – one that features the first issue of the album Here To Stay, plus the classic Hub Cap! On the first session on the set, the sound is sharp-edged and soulful – a reflection of the groove that Freddie was hitting in the Jazz Messengers of the early ... LP, Vinyl record album