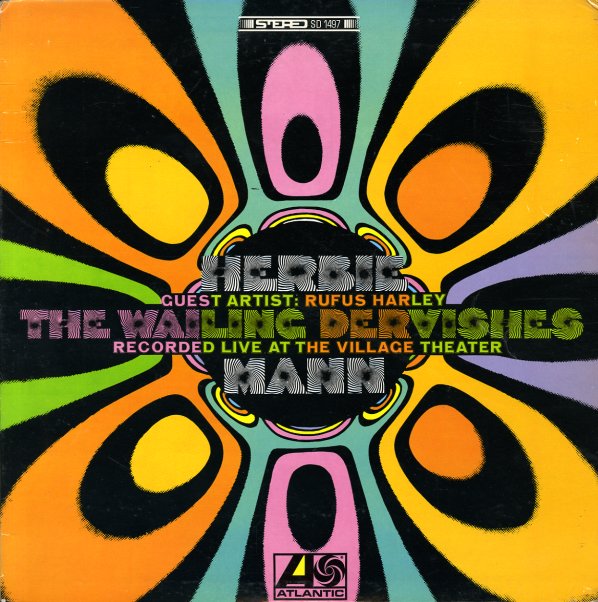 One of the coolest albums ever from Herbie Mann – and a set that's definitely got the vibrant sound you'd expect from its title and cover! The set's a live one, and pretty open at times – and the great Rufus Harley joins Mann's group for one track – in a really mad mix of sounds that also includes lots of other exotic instrumentation too! Roy Ayers plays vibes on about half the set – and other instrumentation includes oud, dumbek, and zither – set over modal rhythms that have a very strong Eastern vibe! Titles include "Wailing Dervishes", "Flute Bag", "In the Medina", and "Armenian Lullaby".  © 1996-2021, Dusty Groove, Inc.
(Green & blue label pressing. Cover has a small cutout hole.)