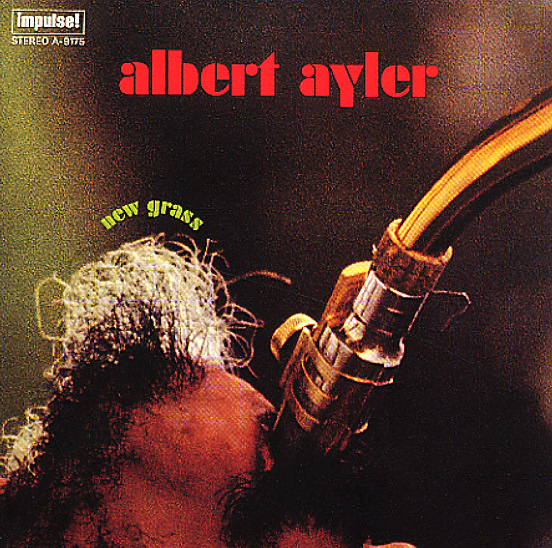 One of the last albums that Albert Ayler ever recorded before his strange and mysterious early death – and one of his most memorable records as well! The record shows Ayler at the crossroads, filled with emotion and meaning, struggling to convey his message to a lager audience. At times, he takes a strange soul/jazz format to do so, and has tracks featuring backing by "the Soul Singers" – at others, he plays solo, with some of the most plaintive tones he ever laid down on wax! The record features an incredibly haunting "Message From Albert", plus the tracks "New Generation", "Sun Watcher", "New Ghosts", and "Free At Last". Completely fascinating, and a record that really makes you wonder what would have happened had he not left the planet so early!  © 1996-2022, Dusty Groove, Inc.
(70s green label pressing. Cover has light wear and a cutout notch.)

John Coltrane & Johnny Hartman
Impulse, 1963. Near Mint- Gatefold
LP...$39.99
A landmark album of vocal jazz – and one of the few sessions that John Coltrane ever cut with a singer! In a way, the album's more Hartman's than it is Coltrane's – given that Johnny's warm, mellow style of singing isn't as free and open as Trane at his most adventurous – but at ... LP, Vinyl record album

Kennedy Dream – A Musical Tribute To John F Kennedy
Impulse, 1964. Near Mint- Gatefold
LP...$7.99
A great little album – a lot better than you might think from the concept! After the death of JFK, Oliver Nelson penned this extremely strong tribute to the man – featuring snippets of speeches made by Kennedy during his time in office as president, used as bridges between jazz based ... LP, Vinyl record album