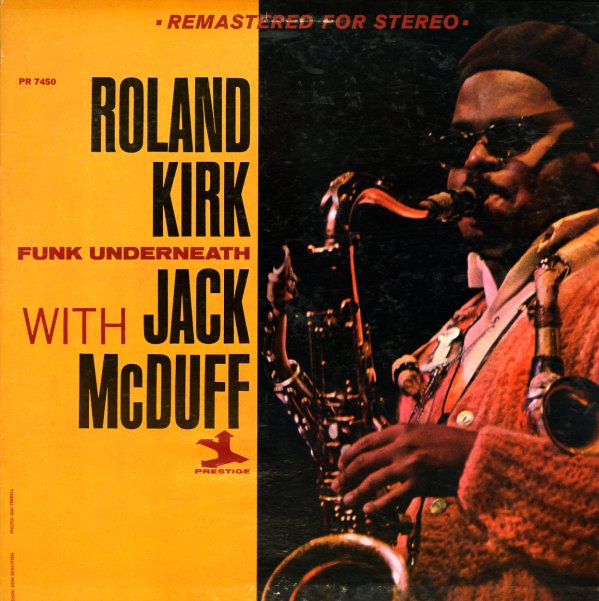 A strange and tasty little album that Roland Kirk made with organist Jack McDuff in the early 60s – one of his few outings in such a format, and a smoking little session that almost makes us wish he'd cut more of them! The format is relatively simple – with lots of interplay between McDuff's organ and Kirk's range of reeds (tenor, manzello, stritch, flute, and siren on this record!) And given that both players have a good sense of whimsy that still always manages to swing nicely, the pairing is a strong one – and makes for a record that's slightly different for both artists. Titles include "Makin Whoopie", "Funk Underneath", "Kirk's Work", "Three for Dizzy", and "Doin' the Sixty-Eight".  © 1996-2022, Dusty Groove, Inc.
(Purple label stereo pressing with Van Gelder stamp. Cover has a cutout hole, light edge & surface wear.)

Jungle Soul (Ca'Purange) (aka Bad Bossa Nova) (tiger cover)
Prestige, 1964. Very Good+
LP...$19.99
Gene Ammons really hits a great groove here – one that's not exactly bossa, but which has lots of Latin and tropical touches! The session makes great use of 2 guitars at the same time – using that of Kenny Burrell for soulful rhythm, but also adding in Bucky Pizzarelli for some nice ... LP, Vinyl record album