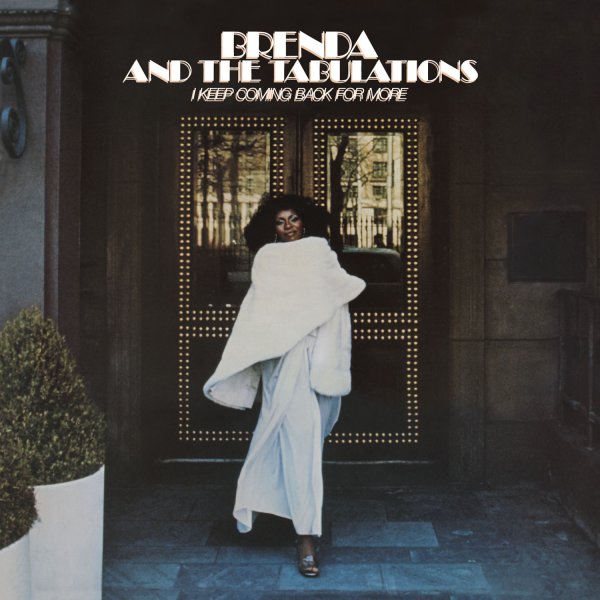 Sublime second generation soul from Brenda & The Tabulations – a sweet set of Philly grooves, recorded at Sigma sound with help from Norman Harris, Bobby Eli, and John Davis! The album's every bit as groove-heavy as you'd expect from work by those dancefloor heavyweights – and the record's a great change from the earlier style of Brenda and the group – more positive and progressive, yet still with a few of the fragile ballads that first got them noticed! There's a great sense of class and poise to the record – a progression from the early years that's similar to that which many other Philly artists experienced with Gamble & Huff – almost more surprising here, given that sometimes a Casablanca record didn't come out with the same sort of care. Titles include "Superstar", "Home To Myself", "I Keep Coming Back For More", "Let's Go All The Way Down", "Leave Me Alone", and "Everybody's Fool".  © 1996-2021, Dusty Groove, Inc.
(Cover has a cut corner.)

Black Smoke
Chocolate City, 1976. Sealed
LP...$19.99
This group were one of a number to use the name Smoke during the 70s – but at some point they were forced to change their name to Black Smoke, and you'll see the record listed both ways, but with the same cover. The band's a mixed ensemble of funk players – and they've got a sound that ... LP, Vinyl record album

Ross (Motown)
Motown, Mid 70s. Near Mint-
LP...$4.99
Diana Ross in the sweet clubby 70s – working here in a set of upbeat groovers that really show off her talents as a disco diva! The tunes are mostly upbeat, and surprisingly fresh – not nearly as disco cliched as you might expect, and handled in just the right way to take advantage of ... LP, Vinyl record album

Young Byrd (10 To 4 At The 5 Spot/Gigi Gryce & The Jazz Lab)
Milestone, Late 50s. Near Mint- 2LP Gatefold
LP...$9.99
Milestone reissue that brings together 2 late 50's sessions by Donald Byrd! 10 To 4 At The 5 Spot was one of Byrd's partnerships with Pepper Adams – and is tremendous work from saxophonist Pepper – quite possibly one of his most hard-blowing sets on record! The album's a live date, ... LP, Vinyl record album