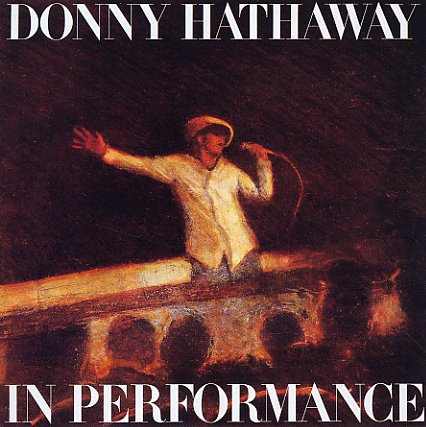 Not to be confused with Donny Hathway Live, this album was issued after Donny's untimely death, and features rare live material from his classic years – most recorded during the same concerts on Donny Hathaway Live! As the fame of his first concert album will attest, Donny's an extremely wonderful live performer, with a wealth of talents that show that his studio work is only half the picture of his soulful creativity. Includes a great version of "Sack Full Of Dreams", plus "Nu-Po", "Song For You", "I Love You More Than You'll Ever Know", and "To Be Youg, Gifted, & Black".  © 1996-2021, Dusty Groove, Inc.
(Cover has lightly bent corners, and a cutout notch at the bottom right corner that's torn and bent back at the back panel.)