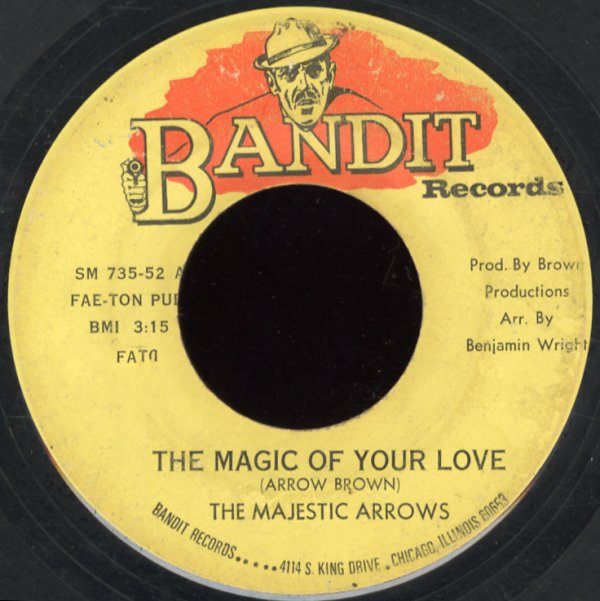 Magic Of Your Love/We Love Together

An excellent harmony soul single by this lost sweet soul group from Chicago! The production and vocals have a real east coast style, with soaring sweet bits, and cool dope soulful arrangements that work beautifully in a Whatnauts/Moments kind of way.  © 1996-2021, Dusty Groove, Inc.
(Label has some ring and edge wear.)