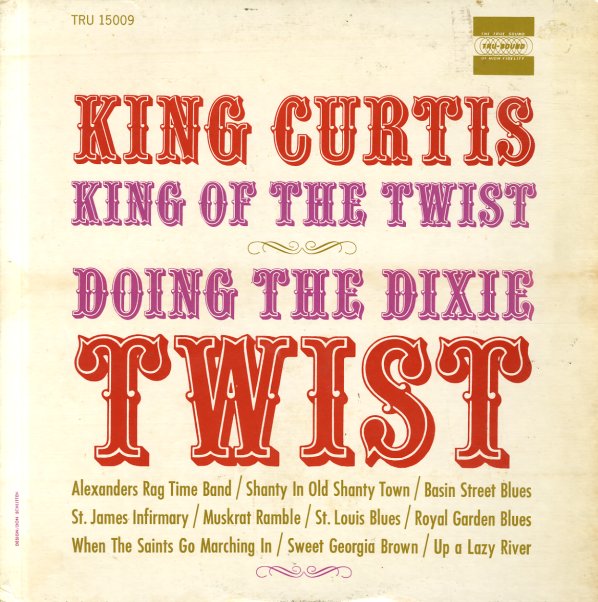 Quite a groovy early album from King Curtis – one that's got a strange little gimmick, but one that works wonderfully! The "dixie twist" theme means that King's taking older standards associated with the south, and playing them in a fast-crackling, highly rhythmic style that has plenty of "twist" elements! The groove is surprisingly great – really playful, and filled with great work on tenor, trombone, and guitar – all nicely grooving in a style that will really make you forget the origins of the tunes. Titles include "Sweet Georgia Brown", "A Shanty In Old Shantytown", "Royal Garden Blues", "Basin Street Blues", and "Up A Lazy River".  © 1996-2021, Dusty Groove, Inc.
(Tru-sound pressing with deep groove.)