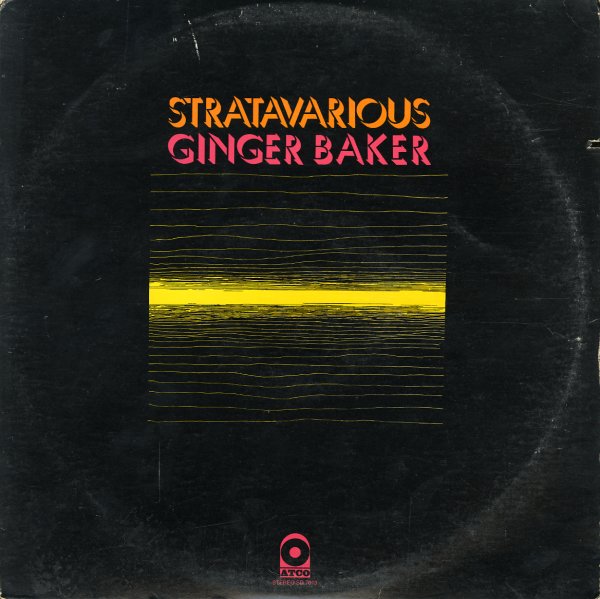 Forget what you think about Ginger Baker, this one's really more of a Fela album – as it was recorded in London during the time when Fela and Ginger Baker were hanging out together! The tracks are long, with a tight funky sound, and lots of cool keyboards by Fela (who also sings and plays percussion). One track, recorded earlier, features a cool percussion jam between Ginger Baker and Guy Warren, the enigmatic African percussionist who also recorded with his Soundz group in the UK. Titles include "Ju Ju", "Blood Brothers", "Ariwo", and "Tiwa".  © 1996-2022, Dusty Groove, Inc.
(Yellow label pressing with MO suffix. Cover has a cutout hole.)

World Of Miriam Makeba
RCA, 1963. Near Mint-
LP...$14.99
One of Miriam Makeba's first albums released in the US. A hip set with backings by Hugh Masekela, in a mode that's got a nice South African soul groove to it – but which still had enough folksy touches to keep the American crossover audience happy. Titles on that one include "Forbidden ... LP, Vinyl record album

Three Ragas (World Pacific)
World Pacific, Mid 60s. Very Good+ Gatefold
LP...$7.99
The title tells it all – as Ravi delivers three long ragas, with backing on tabla and tamboura. A nice one to plug in and drop out to – with the 28 minute-long "Raga Jog", plus "Raga Simhendra Madhyaman" and "Raga Ahir Bhairav". LP, Vinyl record album