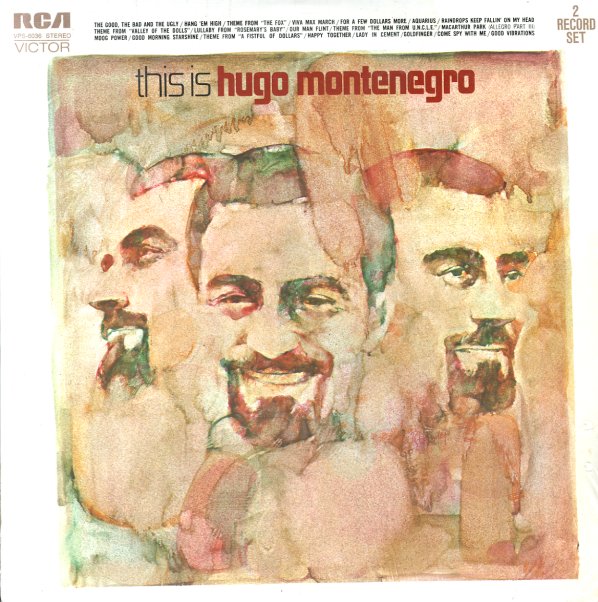 This Is Hugo Montenegro

Groovy 2LP set that includes some of the best work that Hugo Montenegro did for RCA during the 60s – including a number of nice cuts from some of his famous soundtracks! Titles include "Theme From The Fox", "Lady In Cement", "Good Morning Sunshine", "Aquarius", "Come Spy With Me", "Good Vibrations", and "Happy Together".  © 1996-2022, Dusty Groove, Inc.
(Cover has light aging, a few small dings at the opening and a name in marker on the back and labels.)

Scenes & Themes
RCA, 1972. Very Good+
LP...$3.99
Hugo Montenegro takes on a whole host of soundtrack themes – but updates the music nicely in his 70s electronic style – which features a fair bit of Arp mixed with larger arrangements and strings! The approach isn't as funk-based as some of Hugo's other albums from the time, but still ... LP, Vinyl record album