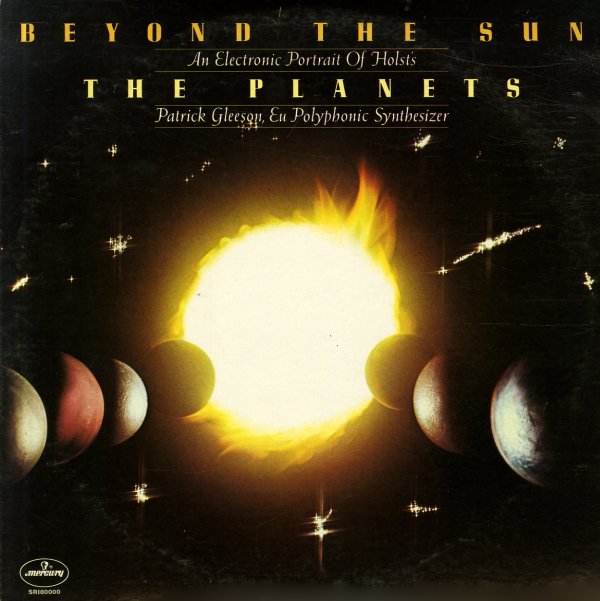 One of the most ambitious records ever made by electronic wizard Patrick Gleeson – a huge talent on the moog and Arp, whose work was featured on key 70s jazz albums by Charles Earland, Joe Henderson, Bennie Maupin, and Herbie Hancock – and that's saying a lot, given that Herbie already played plenty of keyboards himself! This set's a reworking of "The Planets" – the symphonic suite by the composer Gustav Holtz – whose spacey structures are perfect for Pat's other-worldly work on the keys. Trombonist Julian Priester plays on the record – adding a few analog moments next to Pat's work on the EMU Polyphonic Synthesizer – and titles include "Saturn The Bringer Of Old Age", "Neptune The Mystic", "Uranus, The Magician", "Mars The Bringer Of War", and "Mercury The Winged Messenger".  © 1996-2021, Dusty Groove, Inc.