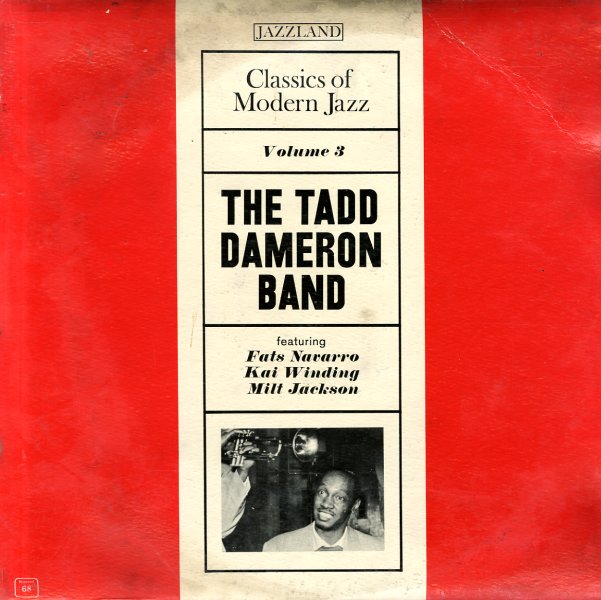 Very sharp LP issue of some of the legendary late 40's bop recordings that were cut in New York under the leadership of Tadd Dameron! The groups are all pretty darn smoking, and the record features some classic work by Fats Navarro on trumpet, Allan Eager on tenor, Milt Jackson on vibes, and Kenny Clarke on drums. Tracks are longer than the usual 3-minute bop side, and titles include "Wahoo", "Good Bait", "Tiny's Blues", and "Symphonette".  © 1996-2021, Dusty Groove, Inc.
(Orange label Jazzland pressing. Cover has some clear tape in each corner, but is nice overall – and vinyl is nice and clean.)

Happy Ground! (Jazzland LP – 1961)
Jazzland, 1961. Near Mint-
LP...$39.99
A killer set of grooves from vibes legend Johnny Lytle – one of the first and one of the few to ever combine vibes with Hammond organ – in this case, the work of Milt Harris on the keys! The group is a very rhythmic trio, thanks to Harris on the bass pedals, and Penny Hinant on the ... LP, Vinyl record album