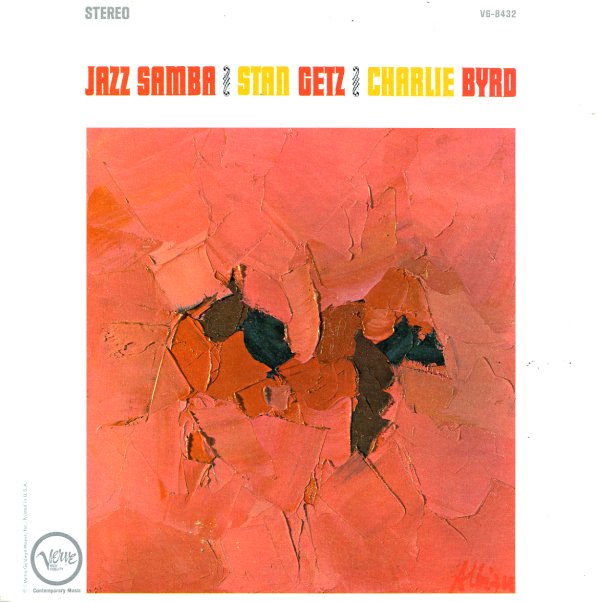 One of those records that no home should be without – not only a pivotal album in the growth of bossa nova in the 60s – but a set that also really helped set the career of tenorist Stan Getz on fire! The real credit here might almost go to guitarist Charlie Byrd – as Byrd was a big early proponent of bossa nova rhythms, and had already been experimenting with them on his records of the time – yet also gets a key extra "umph" here in the presence of Stan's tenor – a bold, rich, soulful sound that really helps give the music a lot of direction – in ways that still resonate strongly all these many years later! Getz is completely sublime – a master of tone and timing throughout – and perfectly fit to these tunes. Rhythms are mostly from Byrd's trio, augmented with some extra percussion – and titles include the classic "Desafinado", plus "E Luxo So", "Samba Dees Days", "Samba Triste", "O Pato", "Samba De Uma Nota So", and "Baia".  © 1996-2022, Dusty Groove, Inc.
(Mono UK pressing in a flipback cover, with light surface wear and a name ink stamped on the back.)