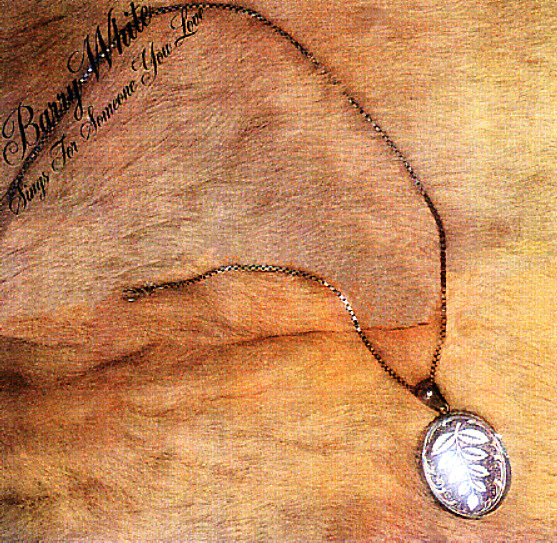 Who cares about "someone you love"? We're just happy that Barry White's singing for us! The album's one of the maestro's biggest selling albums of the 70s, and for good reason – as the whole thing's a sexy symphony all the way through, filled with as many stepping rhythms as it is soaring strings! The album features some key extended classic – including the sublime "It's Ecstasy When You Lay Down Next to Me" – the tune that gave the world a line that would forever be used in pickup bars. Other tracks are equally great – and include "You Turned My Whole World Around", "You're So Good You're Bad", "Oh What A Night For Dancing", and "Playing Your Game Baby".  © 1996-2023, Dusty Groove, Inc.
(Record club pressing in a standard gatefold cover, with surface wear.)

Sweet Sensation
20th Century, 1980. Very Good+
LP...$5.99
Stephanie Mills in fine formation here – working with the team of James Mtume and Reggie Lucas, who helped the lady reach the heights of her career in the early 80s! The sound here is catchy and contemporary, but hardly ever too commercial – just relaxed and grooving, in a mode that ... LP, Vinyl record album

Stephanie
20th Century, 1981. Near Mint- Gatefold
LP...$6.99
Another winner from Stephanie Mills and the hitmaking team of Reggie Lucas and Mtume – two musical partners who really helped Mills find her groove! The sound here is classic mainstream soul from the start of the 80s – upbeat and catchy, but without any of the too-clunky commercial ... LP, Vinyl record album

Eleventh Hour's Greatest Hits
20th Century, 1974. Very Good+
LP...$6.99
Eleventh Hour were a Bob Crewe studio project that had a hard rockin soul feel, with lots of flanged out falsetto vocals, and some bassy bits in between in sort of an early rock/funk kind of way. Sort of an AM crossover mid-70s sound, and one that's not really stone cold funky, but which still ... LP, Vinyl record album

Together Brothers – Original Soundtrack
20th Century, 1974. Very Good+
LP...$11.99 19.99
A stunner of a soundtrack from the maestro Barry White – his only entry into the blacksploitation film genre of the 70s, and a complete doozy throughout! For the album, Barry's stripped down the bigger space of his own records, and his Love Unlimited productions – into some shorter ... LP, Vinyl record album