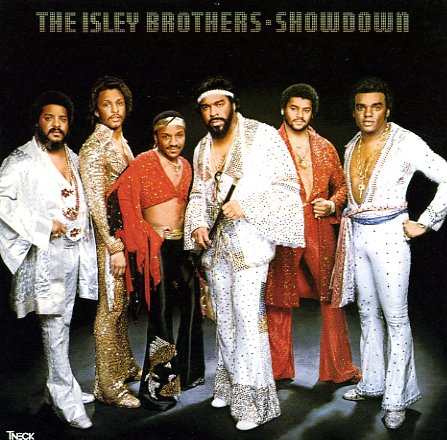 The Isley Brothers in prime 70s mode here – hitting a warm and wonderful blend of soul and funk throughout – always delivered with that sweet talent for smooth understatement that makes them so great! The costumes on the front cover may be freaky, but the grooves are nicely restrained – and by this point in the decade, the brothers have definitely learned that their strongest suit is often their mellow one – tracks that groove, but often in more subtle ways! Titles include the massive slow jam track "Groove With You", plus "Take Me To The Next Phase (parts 1 & 2)", "Love Fever (parts 1 & 2)", "Fun & Games", "Ain't Givin Up No Love", and "Coolin Me Out (parts 1 & 2)".  © 1996-2021, Dusty Groove, Inc.
(Cover has light wear.)