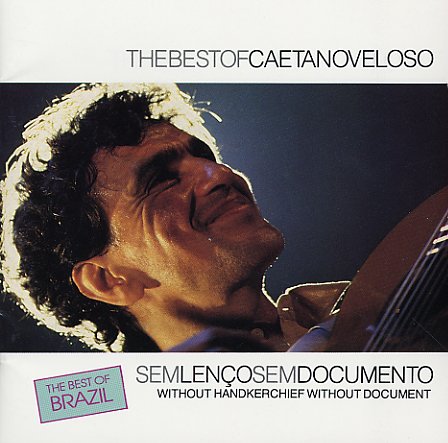 Nice overstuffed "best of" compilation that features work by Veloso that spans from his early Tropicalia years to the stuff he did as a pseudo-new wave artist in the early 80s. 7 cuts alone are from the pivotal year of 1968 – including "Shy Moon", "Lua De Sao Jorge", "Superbacana", and "Soy Loco Por Ti America" – and others are from the mid and late 70s, like "Beleza Pura", "Trilhos Urbanos", "Odara", "O Leaozinho", and "Qualquer Coisa". Not all of this material is available on the other CDs we carry, and the set itself is a great way to begin to get into the work of Veloso, who we feel is one of the greatest musical artists of the late 20th century!  © 1996-2021, Dusty Groove, Inc.

Livro
Polygram/Universal (Japan), 1997. New Copy
CD...$13.99
A great 90s album by Caetano Veloso – a beautiful re-awakening of his genius in the later years of his career! The sound here is as fresh, creative, and personal as on some of Veloso's best post-Tropicalia albums of the 70s – served up in a blend of spare percussion, edgey guitars, and ... CD