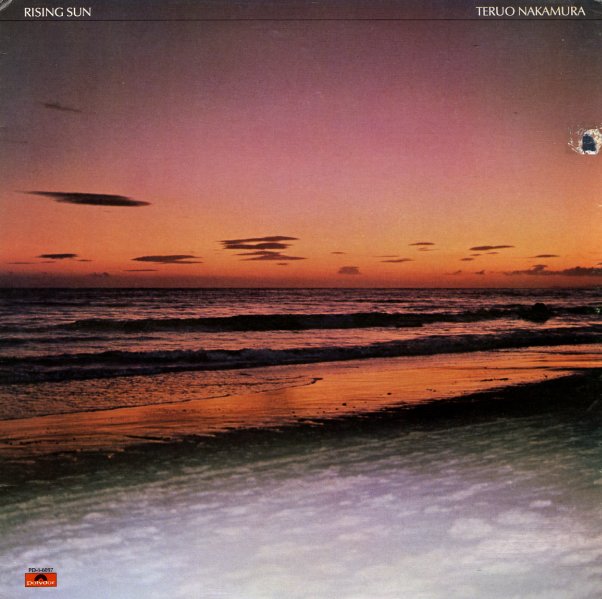 Massive music from bassist Teruo Nakamura – a set that brings a Japanese take to the US fusion scene of the mid 70s – blending Teruo's warm, soulful vision with some great work from players who include Steve Grossman and Carter Jefferson on reeds, Lonnie Smith on keyboards, and Harry Whitaker on electric piano! The tracks are tight, but never slick – driven strongly forward by Nakamura's killer basslines, but always in a relaxed, open way that gives the players plenty of room to solo freely – almost with the energy of some of the more electric spiritual jazz sets of the 70s, but a bit tighter overall. The album's a killer all the way through – a surprising, but excellent choice for wider issue in the US at the time – and titles include "Red Shoes", "Precious One", "The Cat", "Steppin with Lord", and "Sweet Pea & Collard Greens".  © 1996-2022, Dusty Groove, Inc.
(Cover has light wear.)