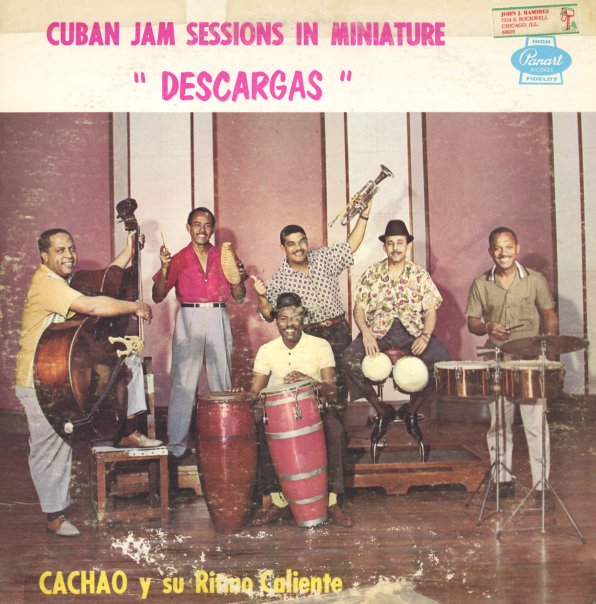 Landmark recordings from the Cuban scene of the late 50s – free-jamming descarga sessions led by bassist Israel "Cachao" Lopez! The tunes on the set forever helped define the sound of Latin music – breaking down the more restrictive styles of earlier years, and giving the players free reign to jam and improvise over tightly crafted rhythmic patterns. Apart from Cachao's great work on bass, the set also features tenor by Emilio Penalver, trumpet by Armando Armenteros, and trumpet by Alejandro Vivar – on titles that include "Descarga Cubana", "Sorpressa De Flauta", "Pamparana", "Trombon Criollo", "Controversia De Metales", and "Guajeo De Saxos".  © 1996-2021, Dusty Groove, Inc.
(Light blue label pressing with deep groove and AudioMatrix stamp. Cover has some flaking from moisture along the bottom, with wide clear tape holding the top and bottom seams, and a small address label on front.)