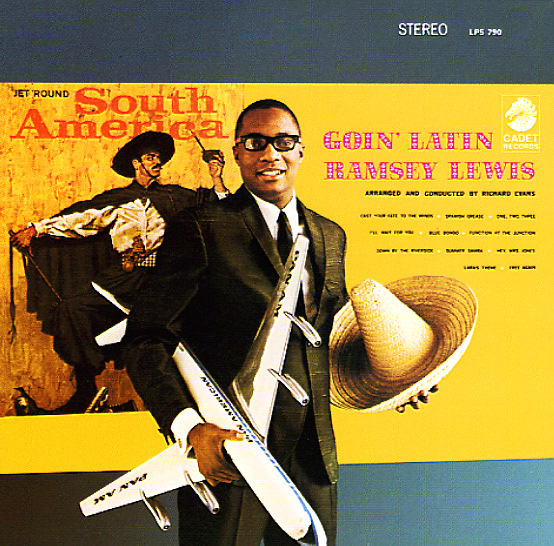 Goin Latin, and goin groovy too – thanks to some wonderful arrangements from Chicago soul legend Richard Evans – who really helps Ramsey Lewis open up his sound on the set! The format's less straight Latin than you might expect from the title – and Evans brings in a bouncing, bassy bottom that's still got a strongly American flavor – not really Latin Soul, but something of a blend of Latin and bossa elements with some of Evans' more soul-styled modes of the time! The mix of styles is really great – Ramsey's Chicago groove taken a bit south of the border – and tracks include the heavy smoker "Hey Mrs Jones", plus "Summer Samba", "Free Again", "Blue Bongo", "Function At The Junction", "One Two Three", "I'll Wait For You", and "Spanish Grease".  © 1996-2022, Dusty Groove, Inc.
(Blue fade label mono pressing. Label has a drillhole. Cover has light wear, some aging, and light creases on the back paste-on.)