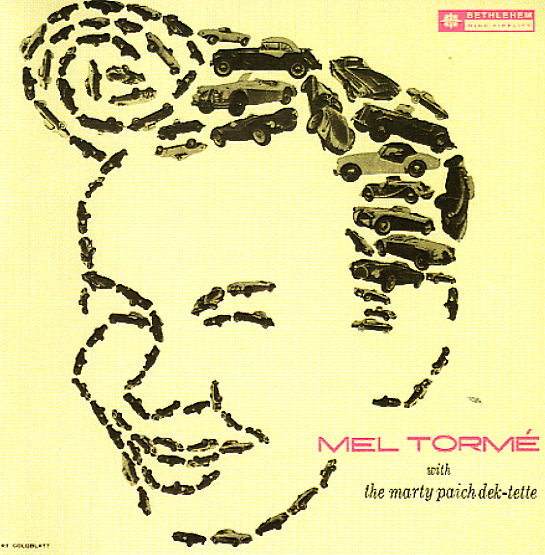 An incredible album from Mel Torme – easily his best set ever, and a record that helped raise the bar for all other singers back in the 50s! A key part of the success of the set is the presence of Marty Paich as an arranger – as Marty swings the whole thing with a fluid groove that's really amazing, and which is a style that hadn't ever been done on record this well before. The group is filled with hip west coast players like Pete Candoli, Jack Montrose, Bob Cooper, and Bud Shank – all of whom really soar together, and elevate Mel's vocals from the older velvet fog mode, into a leaner, hipper style that's really tremendous! Titles include "The Blues", "The Lady Is A Tramp", "Lulu's Back In Town", "The Carioca", "Sing For Your Supper", and "Lullaby Of Birdland".  © 1996-2021, Dusty Groove, Inc.
(Original red label Bethlehem pressing with deep groove – a nice copy!)