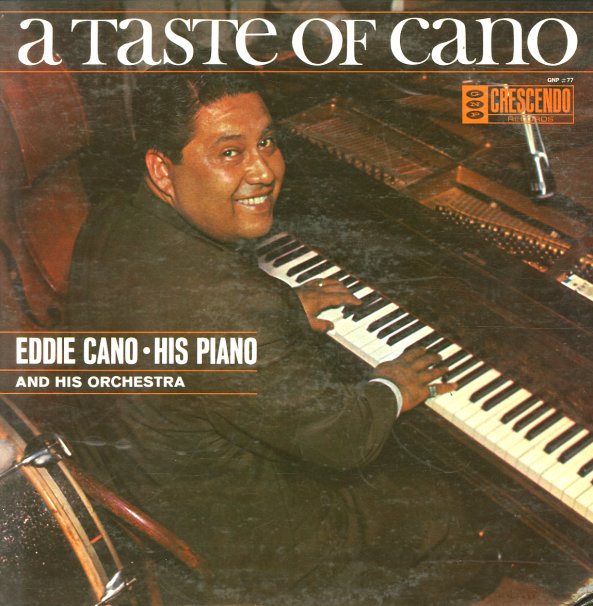 Excellent stuff! Although Eddie Cano cut a lot of pop-Latin piano records, this hard jazzy groover is a firey bunch of instrumentals that stands as one of his best records ever! The set's got a tight west coast group that includes a tight trumpet frontline, plus timbales, bass, and congas – all supporting Eddie's lively piano. The album's got a few nice originals from Eddie – like "Ican", "Baila Pachanga", and "Pancero Mambero" – plus great jazzy numbers like "Tin Tin Deo", "Nightingale", and "Line For Lyons". Truly one of Eddie's best, and a hard one to find!  © 1996-2022, Dusty Groove, Inc.
(Mono red label pressing with deep groove. Cover has creases on the glossy finish, a small split on the bottom seam, and some aging.)

Feelin' Alright
Atlantic, 1970. Very Good-
LP...$7.99
One of Mongo's biggest records of the early 70s – and an important early side for Atlantic Records! Moving to Atlantic from Columbia, Mongo hipped things up even more – picking up on important trends in soul, rock, and the Latin underground of the time. Atlantic gave Mongo the freedom ... LP, Vinyl record album