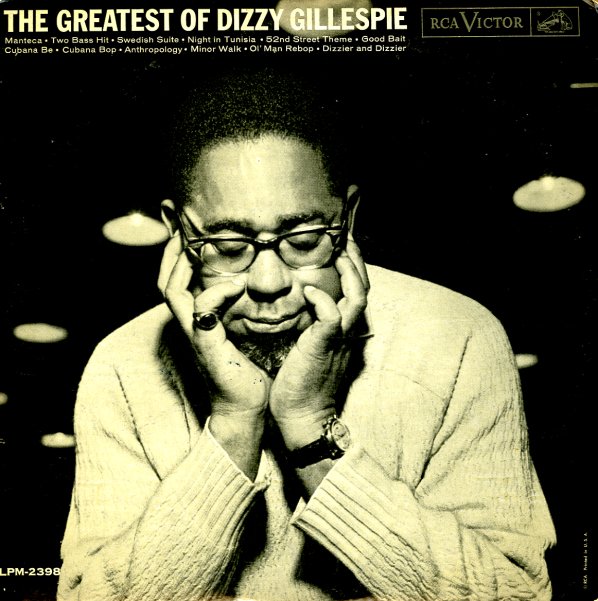 Great RCA comp of Dizzy's earlier bop sides for the label, many of which came out first only as singles. Tracks include all the classics like "Cubana Be", "Cubana Bop", "Manteca", "Night in Tunisia", and a whole bunch more that you've heard him reprise a million times on later albums, but which are laid out here in their (mostly) original recordings. Great bop classics, and a nice cover of Dizzy with his head in his hands.  © 1996-2021, Dusty Groove, Inc.
(Mono black label pressing with deep groove. Cover has half split seams, surface wear, and some aging.)