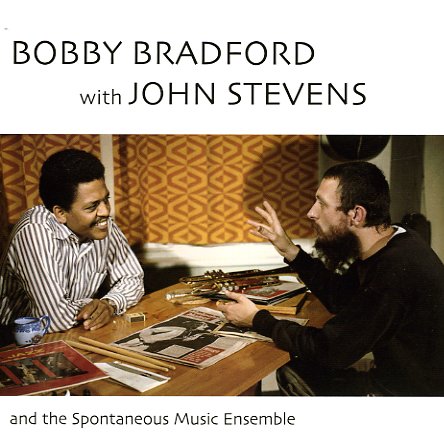 An unlikely, but amazing meeting of the avant jazz minds – a classic set that has LA trumpeter Bobby Bradford coming into play with the UK Spontaneous Music Ensemble, led by drummer John Stevens! The material was recorded, almost spontaneously, on a holiday trip Bradford made to London in 1971 – but the record's become an enduring classic, thanks to the creative energy of the players involved, and the dynamic quality of the improvisations in the studio! Bradford's trumpet sounds quite different here than in his better-known work of the time with reedman John Carter – much more outside and forceful, really set loose in the company of Stevens' group – which, in this incarnation, includes Trevor Watts on alto and soprano sax, Bob Norden on trombone, Ron Herman on bass, and Julie Tippetts on guitar and a bit of voice. Titles include "His Majesty Louis", "Bridget's Mother", and "Room 408".  © 1996-2021, Dusty Groove, Inc.

That Healin' Feelin' – United States Of Mind Phase 1
Blue Note, 1969. Very Good+ Gatefold
LP...$29.99
One of the most righteous Horace Silver albums for Blue Note – and a far-reaching, politically-bent batch of tracks that feature vocals by Andy Bey, in a similar style to the work he did on the Gary Bartz records from the time – very hip, and quite different than other jazz vocal work ... LP, Vinyl record album

Etcetera
Blue Note, 1965. Near Mint-
LP...$34.99
Don't let the title fool you, as the album's hardly an "etcetera" – not some run-on work from Wayne Shorter, but a real lost cooker from his 60s Blue Note years! The record's got a very sharp-edged quartet sound – a bit modern and edgey at times, with sharp tenor lines from ... LP, Vinyl record album