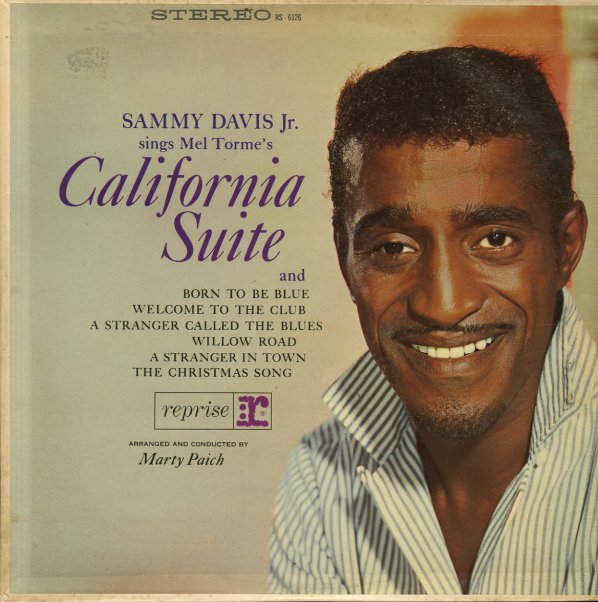 One of the harder to find Sammy records, and one of the best! Sammy takes Mel Torme's drippy "California Suite", an extended work about how great California is – and he turns it into an extended chat between Sammy and a friend in a bar in New York City, with twists and turns that are way jazzier, and way hipper than Mel's version, which features a whiny woman playing the part of the New Yorker. Side two of the record features some great sensitive versions of Mel Torme tunes – like "Welcome To The Club", "A Stranger Called The Blues", and "Willow Road". Arrangements by Marty Paich, too – one of Mel's best arrangers!  © 1996-2020, Dusty Groove, Inc.
(Tri-color mono pressing.)