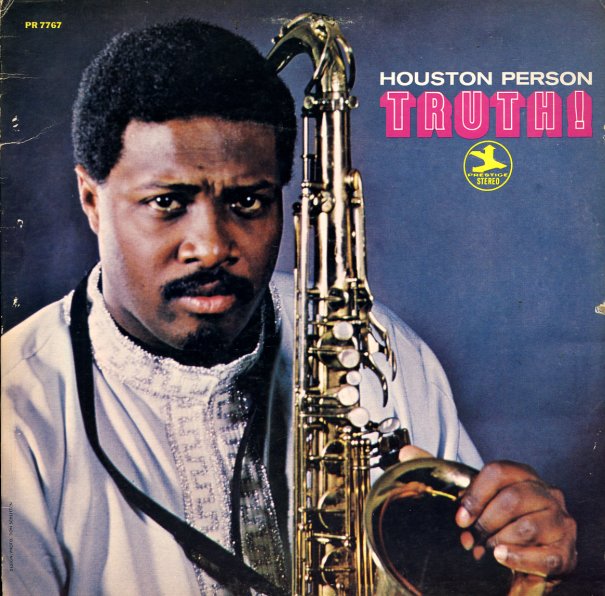 One of Houston Person's first forays into the jazz funk sound that other Prestige Records players were picking up at the time – a sweet little set with some nicely extended tunes! The groove here is a bit harder than some of Person's previous soul jazz sets – with some tightly snapping drums from Frankie Jones, augmented on rhythm both by the Fender bass of Bob Bushnell, and some added congas from Buddy Caldwell – both of whom help make for a very fluid groove. Other players include Billy Butler on guitar and Sonny Phillips on Hammond – and the tunes have a nicely snaking sort of feel – not the break-heavy funk of an Idris Muhammad-driven set, but a groove that's still plenty darn soulful and with some nicely funky undercurrents. Titles include a sweet version of "Cissy Strut", plus "On The Avenue", "The Pulpit", "For Your Love", and "Wadin".  © 1996-2022, Dusty Groove, Inc.
(Blue label pressing. Cover has light wear, a cutout mark, a name on back, and tape in the corners. Vinyl is nice and clean!)