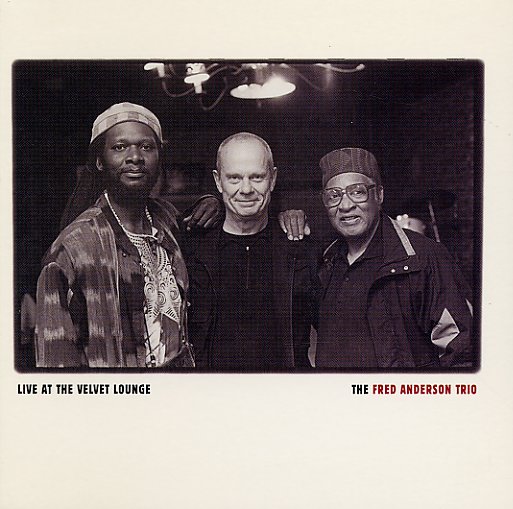 Live At The Velvet Lounge

A great set from AACM legend – tenorist Fred Anderson – cut in the very familiar home territory of his Velvet Lounge in Chicago! Anderson had been tending bar and leading jam sessions at the tavern since his return from Europe in the early 80s – but ended up purchasing the venue towards the end of the next decade – and quickly turned it into one of the real hotspots for the rising Chicago avant garde! This classic live set features Anderson caught in his home turf, in the company of bassist Peter Kowald and drummer Hamid Drake – prime example of the kind of local/international crossover sets that were really shaking the Chicago scene in the 90s. The set features 3 long tracks – "Straight, But Not Straight", "To Those Who Know", and "Multidimensional Reality".  © 1996-2021, Dusty Groove, Inc.