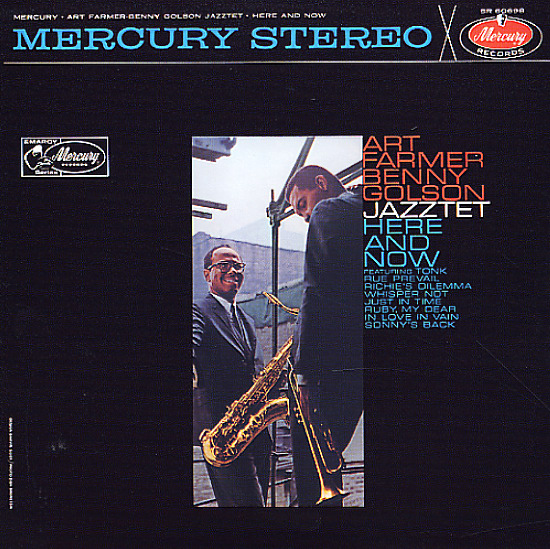 One of the most magical records ever from this legendary group – a set that swings as hard and soulfully as some of their previous sessions, yet also has a sharper, more modern vibe as well! Of course, this latter aspect is no surprise – once you realize that a young Grachan Moncur is on trombone – adding his hip horn to the wonderful frontline of Benny Golson on tenor and Art Farmer on trumpet and flugelhorn. And given that the rhythm group also features Harold Mabern on piano, you can bet there's a freshness here that can't be beat – a sound and energy that's kept this one at the top of our stack for many many years. Mabern and Moncur contribute two of the best tracks – "Richie's Dilemma" and "Sonny's Back" – and other titles include "Whisper Not", "Tonk", "Rue Prevail", and "Ruby My Dear".  © 1996-2021, Dusty Groove, Inc.
(Mono black label pressing with deep groove. Includes inner sleeve, and cover is in nice shape!)

Adventure In Sound - Reeds In Hi Fi
Mercury, Late 50s. Very Good-
LP...$1.99
One of Pete Rugolo's greatest albums – and some of his most groundbreaking work away from Stan Kenton! The album features Rugolo arranging for a tight group of west coast reed players – including Bud Shank, Dave Pell, and Bob Cooper – and the tracks are angular, complicated, and ... LP, Vinyl record album