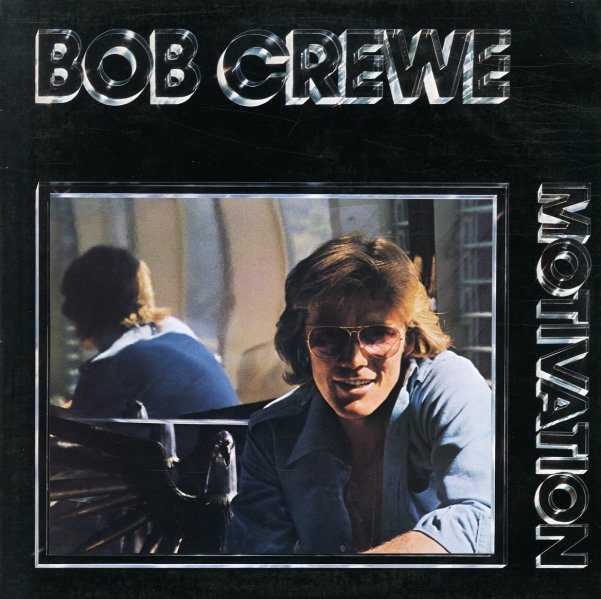 Bob Crewe is a long way from his 60s Four Seasons and Barbarella territory here – but still has all of his best strengths of arranging very firmly in hand! The album is one of Crew's mid 70s disco reinventions – and has the maestro working in a surprisingly strong soul mode, with help from a large choir called the Voices Of Inspiration – who work alongside the lead vocals from John Arrias, singing in a flanged-out style that reminds us of Nick DeCaro's 70s vocal work, but more towards a soul style. Production is by Jerry Wexler and Barry Beckett – and some of the album was recorded in Muscle Shoals, with a deeper vibe than you might expect. Titles include "Motivation", "Lady Love Song", "Give It Hell", "In Another Life", and "Merci Beaucoup".  © 1996-2021, Dusty Groove, Inc.
(Cover has light wear and a bent cutout notch.)