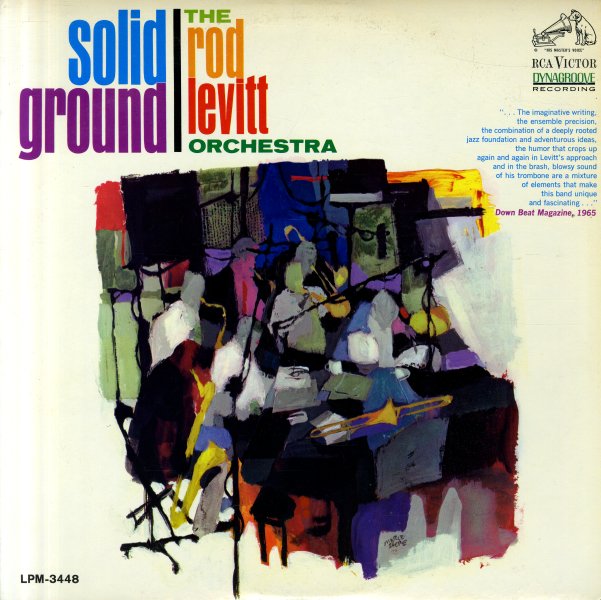 Rod Levitt led one of the hippest large groups of the 60's, and although his work was barely recognized at the time, and all but forgotten now, these RCA records of his stand as a constant tribute to his brilliant skills as an arranger and leader. These cuts are short and quirky, with ensemble playing of great skill, and solos that come burning out in little twists and turns, then jump off to make way for the next player in the group. Rolf Ericson's about the only player in the group you may know, but also notable are alto player Buzz Renn and tenorist George Marge – two great talents that we only know from Levitt's recordings.  © 1996-2021, Dusty Groove, Inc.
(Mono Dynagroove pressing with deep groove.)