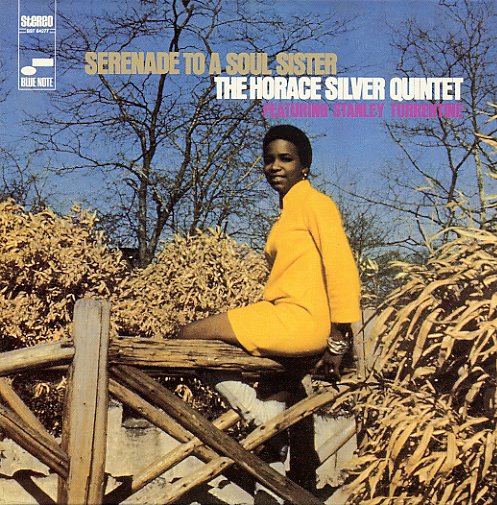 Serenade To A Soul Sister

The quintessential sound of late 60s Horace Silver – on one hand still very much in the Blue Note soul jazz groove that earned him plenty of jukebox single play, but on the other hand really stretching out with a style that's a bit more righteous than before! Horace shows that he can still pen a hit when he wants – and gave the world the tune "Psychedelic Sally" with this set – but he also displays a penchant for more complicated rhythms and freer horn expressions on beautiful tunes like "Kindred Spirits", "Rain Dance", and "Jungle Juice". The group's filled with great players – from tenor work by Stanley Turrentine and Bennie Maupin, trumpet by Charles Tolliver, and drums by a young Billy Cobham!  © 1996-2021, Dusty Groove, Inc.
(70s white b label pressing, includes the Blue Note inner sleeve. Cover has a cutout hole.)