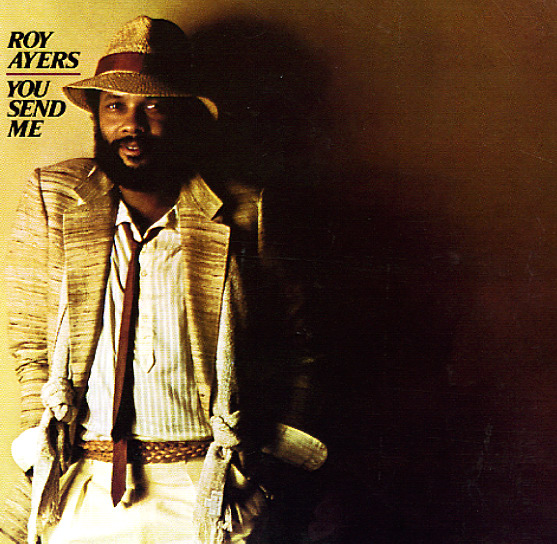 A masterpiece – and don't pass it up! Sure, the date's a bit later than some of Roy's classic work, but the record's got a sound like no other – with a slow mellow jazzy style that shows Roy working at the height of his powers! There's some wonderful spacey production on the record – bringing out elements like the vibes, electric piano, and soulful vocals – and turning them into a seductive blend that trails out over the course of the record, hitting a smooth mellow mode that we love every bit as much as Roy's harder and funkier work. The title cut is an amazing extended remake of "You Send Me", which sounds nothing like the original – and other good cuts include the stepping "And Don't You Say No", and the great cuts "Rhythm" and "Everytime I See You", which have these excellent offbeat rhythm patterns. A real sleeper – but one that you'll go back to again and again because of it's sophisticated jazzy vibe!  © 1996-2021, Dusty Groove, Inc.
(Label has a small name in pen.)

I Was Made To Love Her
Motown, 1967. Very Good-
LP...$5.99
Excellent work from Stevie Wonder – and a record that really has him emerging strongly as an adult soul singer! The set's got a joyous power that's undeniable – a sense of pride and place that really points the way at the Stevie of the 70s, and which has Wonder stretching out ... LP, Vinyl record album