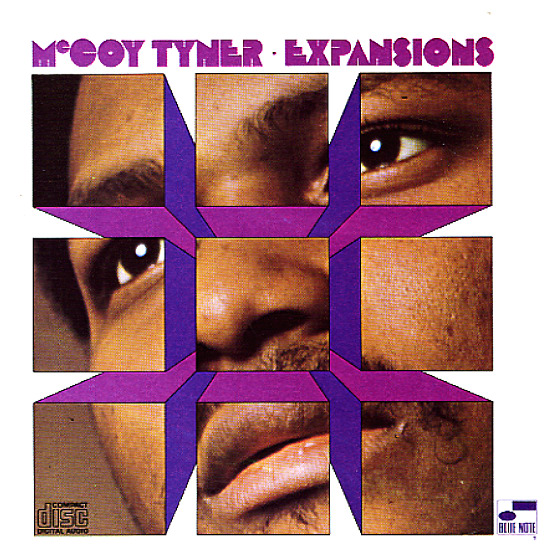 A really mindblowing session from McCoy Tyner – perfectly titled "Expansions" to showcase the change in his style at the time! The record is one of Tyner's first larger group efforts – and is a brilliant example of the expansion of his talents in the post-Coltrane years – a searing, soaring batch of longer tunes that dance with joy, life, and a new sense of energy in jazz – carried off perfectly by a lineup that includes excellent contributions from Gary Bartz on alto, Wayne Shorter on tenor, and Woody Shaw on trumpet. The album is as spiritual and swinging as you'd expect from those players – with a sound that's more Strata East than Blue Note – and titles include "Vision", "Song of Happiness", "Smitty's Place", and "Peresina".  © 1996-2022, Dusty Groove, Inc.
(Japanese EMI pressing, with insert - BNJ 71061.)