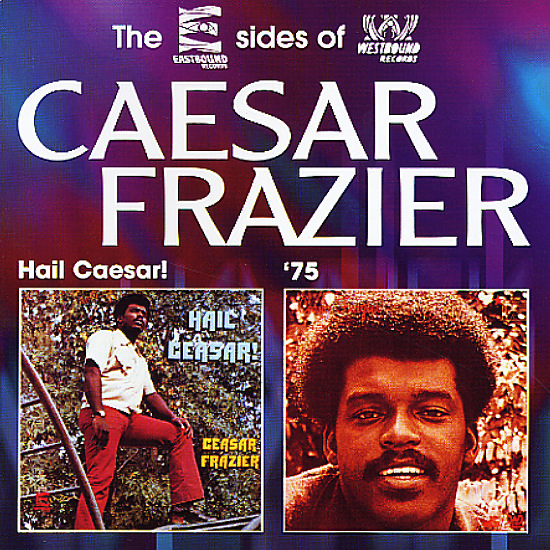 2 killers from organist Caesar Frazier – back to back on one CD! Hail Ceasar is a monster bit of funky jazz – filled with long tracks that all jam mightily, all at a level that matches or tops the best work coming out of Prestige or Blue Note Records at the time! The set is one of the rare few on the Eastbound jazz subsidiary of Detroit soul powerhouse Westbound Records – and it's the first to feature organist Ceasar Frazier as a leader – really grooving hard here with a Prestige-styled combo that includes Idris Muhammad on funky drums, Melvin Sparks on heavy guitar, and Houston Person on soulful sax – all produced with a gritty gritty edge by the legendary Bob Porter! The whole album's great – filled with incredible cuts that include a version of "Hicky-Burr", the first Bill Cosby theme – plus the tracks "Make It With You", "Running Away", "Hail Ceasar!", and "See-F". Ceasar Frazier 75 is a tightly grooving set that expands his sound a bit from the first! All the best elements are still in place here – including funky organ from Ceasar, production from jazz funk maestro Bob Porter, and a hip range of players that includes Horace Ott, Wilbur Bascomb, and Bernard Purdie. But the overall sound is somewhat shifted too – brought more into the tightly jamming jazz funk mode of the mid 70s – a bit richer and fuller overall, yet never in a way that's slick or sloppy – just more like some of the best later sides on Prestige or Fantasy from the same stretch. The record features a crazy version of the "Mighty Mouse Theme", a mellow take on the Isley's "Summer Breeze", Stevie Wonder's great "Living For The City", and the original "Funk It Down".  © 1996-2022, Dusty Groove, Inc.