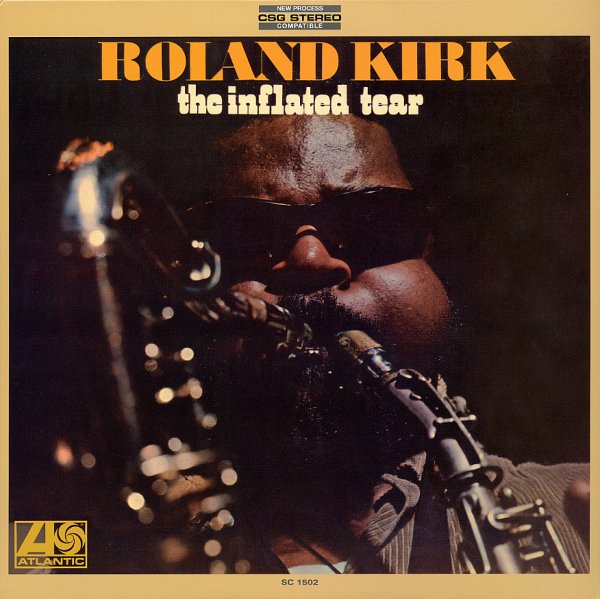 A landmark album from Roland Kirk – one of his key 60s sides for Atlantic records, and an amazing blend of soul jazz, hardbop, and freer thinking styles! Roland's playing an insane assortment of horns on the set – often at the same time, if you know his 3-way style of blowing – and instruments used for the recording include Manzello, stritch, flute, whistle, English horn, and flexatone – in addition to standard tenor and clarinet. Other players in the group include Ron Burton on piano, Steve Novosel on bass, and Jimmy Hopps on drums – and the album's got some incredible original compositions that include "Many Blessings", "Handful Of Fives", "Lovellevellioqui", "Laugh for Rory", "Black and Crazy Blues", and "The Inflated Tear".  © 1996-2021, Dusty Groove, Inc.
(Cover has a small cutout notch. Vinyl has a pressing flaw that casuses a short click on "A Laugh For Laurie" and "The Creole Love Call".)