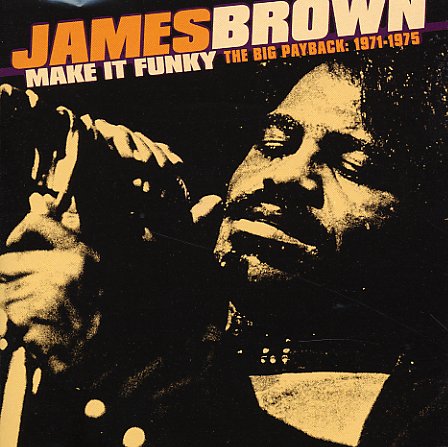 Killer 2 CD set that focuses on the funky sound of James from the 70s – and which includes great material that was never issued at the time, alternate funky takes, rare singles, and other great bits! There's a wealth of incredible material on here that makes the set essential – even if you have James' full albums from the time, because there's so many other extra bits that weren't included on those! The extra goodies include "Down & Out In New York City" (with a spoken intro), "Coldblooded" (undubbed version), "Mind Power" (alternate take), "Hot Pants Finale" (live), "Don't Tell It", "World Of Soul", "I Can't Stand It '76", "Turn On The Heat & Build Some Fire", "Problems", "I Got A Bag Of My Own", "I Got Ants In My Pants", "King Heroin", "Make It Funky (parts 1 thorugh 4)", "Escape-Ism", "Don't Tell It", "My Thang", "Funky President", and "Make It Good To Yourself" (interlude). Great notes, loads of other great tracks, and a total of 26 cuts make this a monster value!  © 1996-2021, Dusty Groove, Inc.