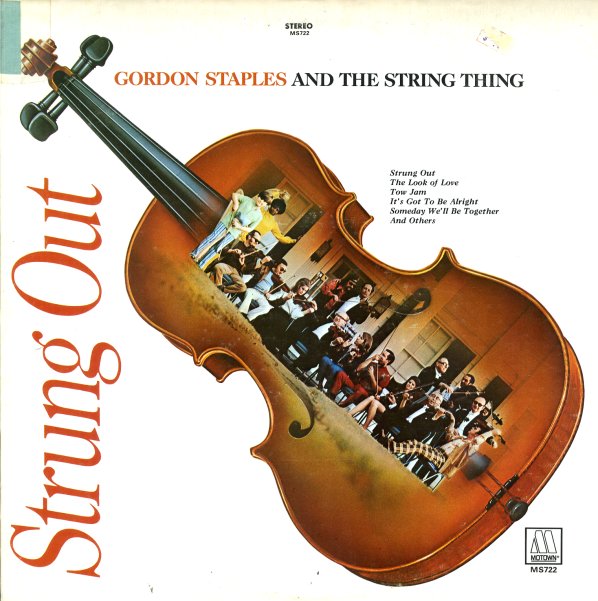 A damn funky record – way more so than you might expect from the "string" in the title! The group's kind of an answer to the Soulful Strings ensemble headed by Richard Evans for Cadet/Concept in Chicago – and like that group, it mixes up funky rhythms with some sweet large orchestrations – in a style that's almost a precursor of blacksploitation funk to come in the 70s! Paul Riser handles arrangements – very much in the same spirit of Evans – and he picks up a hip Motown groove that bridges sweeping soul and gritty funk – all played to perfection by an ensemble led by Gordon Staples, and featuring players from the Detroit Symphony Orchestra! There's lots of funky nuggets in the set – and titles include excellent originals like "Strung Out", "Toonie", and "Sounds of the Zodiac" – plus "The April Fools", "The Look Of Love", "Get Down", "If Your Love Were Mine", "Someday We'll Be Together", and "From A Heart That's True To Only You".  © 1996-2021, Dusty Groove, Inc.
(Cover has a small cut corner, but is nice overall.)