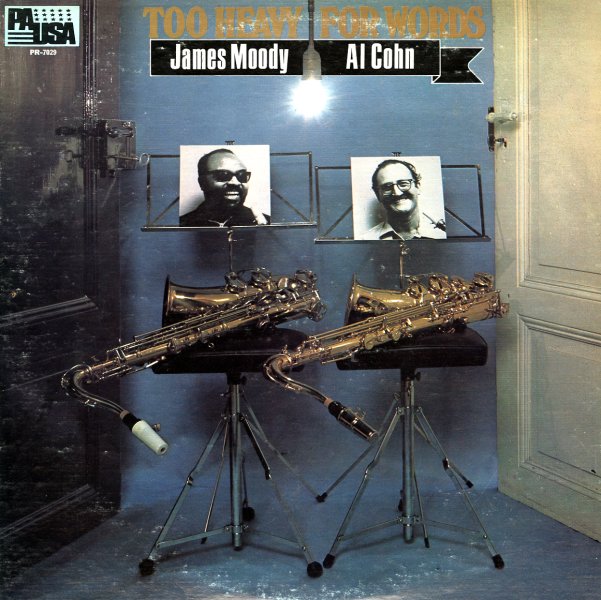 Too Heavy For Words

Very nice, very laidback session that has Moody and Cohn trading solos on an easy batch of bop tracks, along with Barry Harris, Roy Brooks, and Sam Jones. The recording quality is at the usual high standard for MPS – although the set was actually produced by Don Schlitten, presumably in New York. All the tracks are long, with lots of warmly crafted solos – and titles include "Mr. George", "The Underdog", "Vezzioso", and "Good Bait".  © 1996-2021, Dusty Groove, Inc.
(PAUSA pressing. Cover has a cutout hole and a bumped corner.)