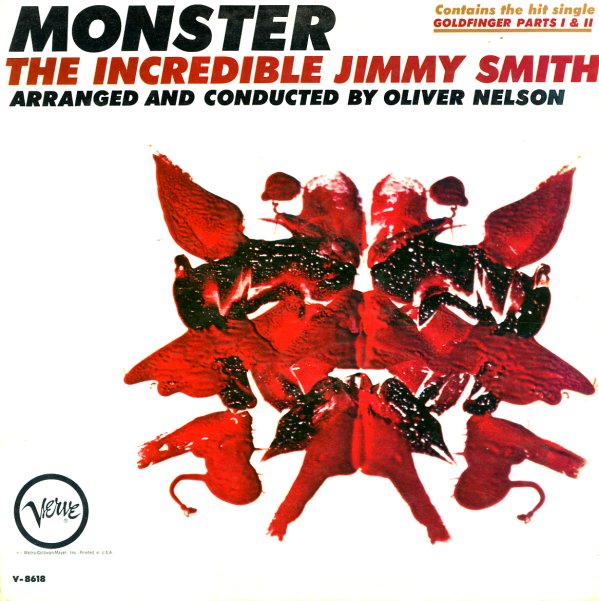 Totally cool Jimmy Smith album that has him playing a lot of funky groovy versions of TV and Film themes, like "Goldfinger", "Theme From The Munsters", "Theme From Man With the Golden Arm", and "Theme From Bewitched". Oliver Nelson leads a large band and does the arrangements, and Jimmy's in fine fine form, with hard solos that come out wailing over the top of the orchestrations.  © 1996-2022, Dusty Groove, Inc.
(Mono MGM pressing with deep groove and Van Gelder stamp. Vinyl has oxidation on side two with light noise. Cover has a name stamped on it in a few places and some pen.)

California Dreaming
Verve, 1966. Near Mint- Gatefold
LP...$29.99 (CD...$6.99)
A stone classic on Verve! Back in the 60s, Wes Montgomery must have been California Dreaming – because by the time of this LP, he'd come a long way from his Indiana roots – and had used the best part of the hip west coast scene to add a lot to his style – fuller rhythms and ... LP, Vinyl record album